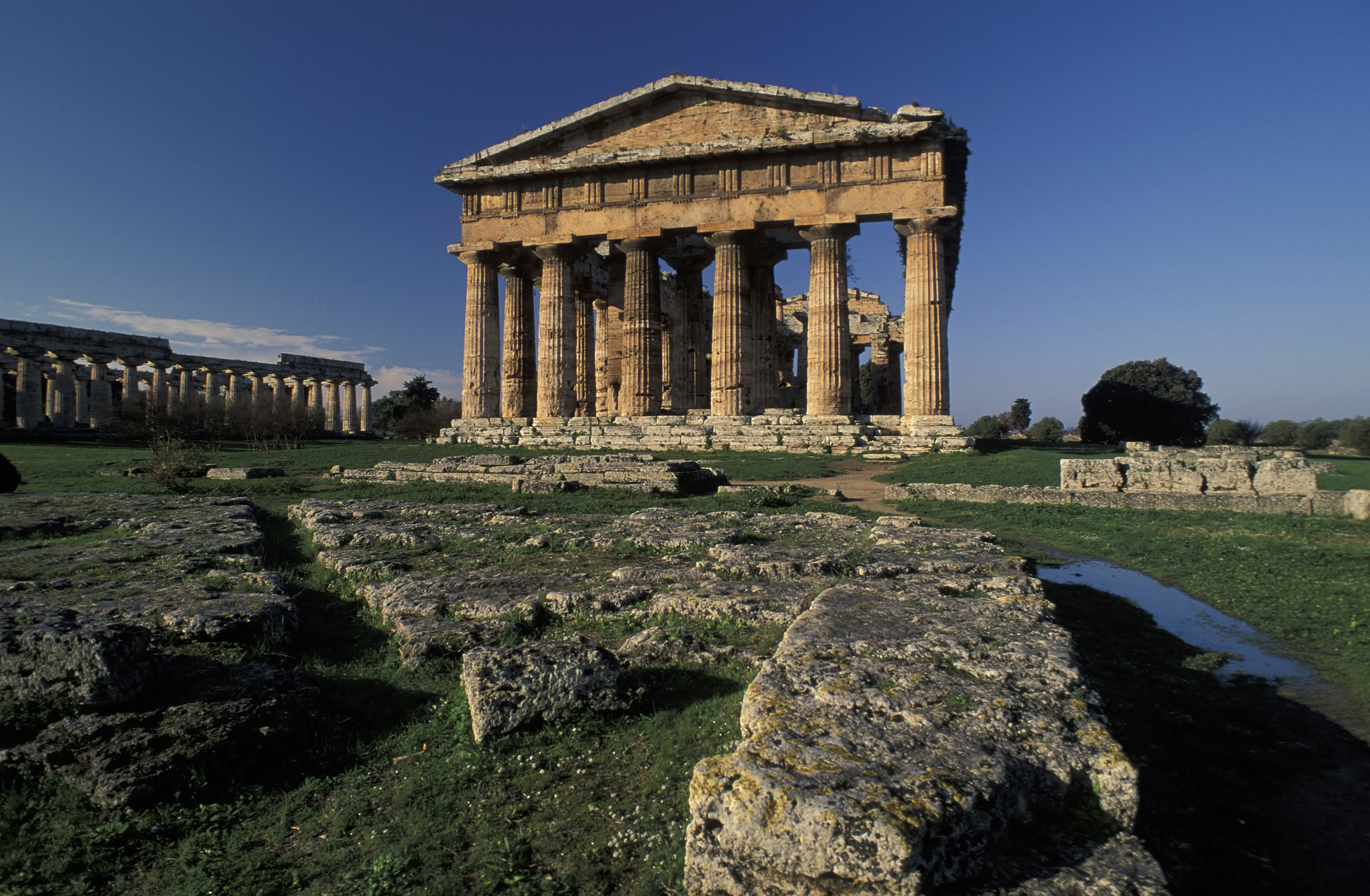 Paestum was a major ancient Greek city located in the province of Salerno. Recognized as a UNESCO world heritage site, Paestum offers a unique opportunity to see Temples built in the first part of the 6th century. It was eventually conquered by the Lucanians and then later the Romans.

You can also see painted tombs belonging to the Lucanian rule. There is also a Roman forum, an amphitheater and several temples.